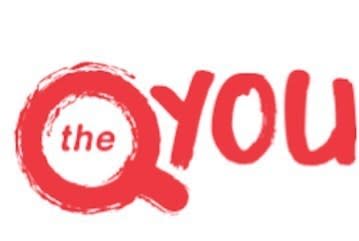 Freeland’s tweets, posted in English and French, contain several edits and show Conservative leader Erin O’Toole answering a question about privatized healthcare during an online question-and-answer session in July 2020 during the race for conservative leadership.

The tweet shows O’Toole being asked if he would bring “for profit” private health care to Canada. He answers unequivocally: “yes.

However, in the original recording of O’Toole’s healthcare remarks – which can be seen here around 12:30 p.m. – the Conservative leader also noted that universal access remains paramount.

Trudeau retweeted an English version of the video and referred to it during a Sunday campaign speech in New Brunswick.

The Conservatives accused the Liberals on Sunday of spreading disinformation.

“While Justin Trudeau and the Liberals focus on spreading false information, Erin O’Toole is focused on Canada’s recovery plan and securing the future.

On Sunday, Twitter Canada said it posted warning labels on the English and French versions of Freeland’s tweet.

“The tweets in question have both been tagged in accordance with our global policy of synthesis and manipulation,” Twitter Canada said in a statement to CBC.

He noted that tagged tweets have limited visibility in search functions, replies, and on timelines and are not algorithmically recommended by Twitter.

Twitter’s website says it puts labels on content it says is “significantly and deceptively altered or manipulated”, including substantially altered in a way that alters timing, sequencing, framing , add subtitles or whether a real person is fabricated or simulated.

Twitter has said it may use its own technology or receive a report from partners or third parties, its website said.

“We are also examining whether the context in which the media is shared could lead to confusion or misunderstanding or suggest a deliberate intention to deceive people about the nature or origin of the content, for example by falsely claiming that it represents reality. “, according to Twitter website.

Freeland released the edited video after a week in which both sides made healthcare promises.

O’Toole has pledged to spend nearly $ 60 billion over the next 10 years to increase the annual growth rate of the Canada Health Transfer to at least six percent of its current rate, which is linked to growth. annual economy with a three percent floor.

Meanwhile, Trudeau, who has hit seven provinces and targeted a string of Tory seats lost by the Liberals in 2019, said he would spend billions of dollars if re-elected to fill gaps in the long-care sector. duration in Canada exposed by the pandemic.

Asked about Twitter’s warning label, the Liberals said the Twitter posts included a 35-second video of the highlights, and noted that another tweet from Freeland contains a link to the O’Toole’s complete response, lasting 2 minutes and 18 seconds.

The party said it disagreed with Twitter’s decision to label it a manipulated medium.

“The highlights accurately reflect Mr. O’Toole’s statement in its entirety,” a Liberal Party spokesperson wrote in a statement to CBC News. “We do not agree with the assessment and ask for an explanation from Twitter.

“We will let Canadians judge for themselves what Mr. O’Toole meant by his comments.”

👋- There is a video circulating online of Erin O’Toole answering a question about healthcare. As the person who asked the question, I’m disappointed that the video has been manipulated to exclude important context. Here is the full video ➡️ https://t.co/JRKMpBP6Ip #cdnpoli # Elxn44 un>

During Trudeau’s speech on Sunday, he accused O’Toole of taking the wrong approach during the pandemic and of trying to withhold aid.

“We just saw today that Erin O’Toole in the pandemic spoke clearly in favor of a private, for-profit health care system for Canada,” Trudeau said. “Shame on you, in a pandemic, nothing less.”

👋- There is a video circulating online of Erin O’Toole answering a question about healthcare. As the person who asked the question, I’m disappointed that the video has been manipulated to exclude important context. Here is the full video ➡️ https://t.co/JRKMpBP6Ip #cdnpoli # Elxn44 un>

The video posted by Freeland shows Kate Harrison, vice president of Summa Strategies and director of Abacus Data, during a video conference asking Conservative leader Erin O’Toole if he would be “ready to allow the provinces to experience a real health care reform, including the provision of private for-profit and not-for-profit health care options, as part of universal coverage? “

However, he also adds: “If we are to see this innovation, we need to find public-private synergies and ensure that universal access remains paramount.

Harrison also tweeted his disapproval of the video on Sunday saying it was edited out of context.

“A video is circulating online of Erin O’Toole answering a question about healthcare,” Harrison wrote. “As the person who asked the question, I am disappointed that the video has been manipulated to exclude important context.”

BEIJING, Nov. 24 (Reuters) – China will step up the pace of local government special …